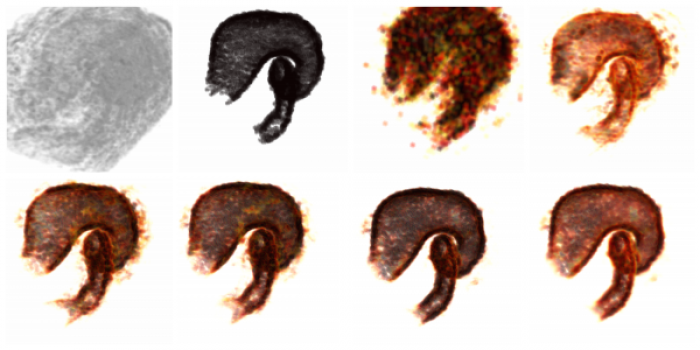 We present an algorithm for the per-voxel semantic segmentation of a three-dimensional volume. At the core of our algorithm is a novel “pyramid context” feature, a descriptive representation designed such that exact per-voxel linear classification can be made extremely efficient. This feature not only allows for efficient semantic segmentation but enables other aspects of our algorithm, such as novel learned features and a stacked architecture that can reason about self-consistency. We demonstrate our technique on 3D fluorescence microscopy data of Drosophila embryos for which we are able to produce extremely accurate semantic segmentations in a matter of minutes, and for which other algorithms fail due to the size and high-dimensionality of the data, or due to the difficulty of the task.