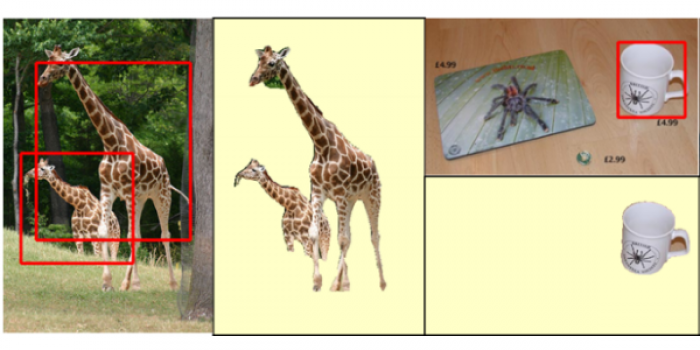 This paper presents a unified framework for object detection, segmentation, and classification using regions. Region features are appealing in this context because: (1) they encode shape and scale information of objects naturally; (2) they are only mildly affected by background clutter. Regions have not been popular as features due to their sensitivity to segmentation errors. In this paper, we start by producing a robust bag of overlaid regions for each image using Arbeldez et al., CVPR 2009. Each region is represented by a rich set of image cues (shape, color and texture). We then learn region weights using a max-margin framework. In detection and segmentation, we apply a generalized Hough voting scheme to generate hypotheses of object locations, scales and support, followed by a verification classifier and a constrained segmenter on each hypothesis. The proposed approach significantly outperforms the state of the art on the ETHZ shape database (87.1% average detection rate compared to Ferrari et al. ‘s 67.2%), and achieves competitive performance on the Caltech 101 database.