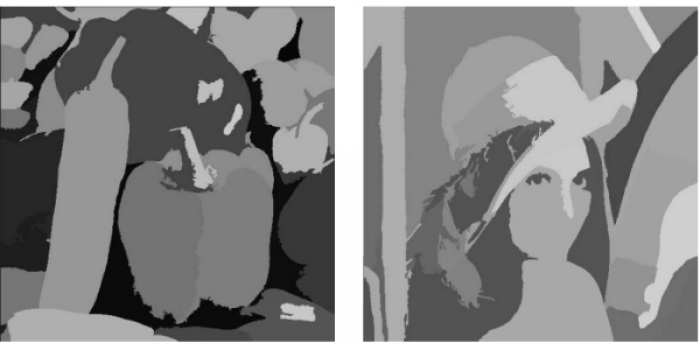 We address the issue of low-level segmentation for real-valued images. The proposed approach relies on the formulation of the problem in terms of an energy partition of the image domain. In this framework, an energy is defined by measuring a pseudo-metric distance to a source point. Thus, the choice of an energy and a set of sources determines a tessellation of the domain. Each energy acts on the image at a different level of analysis; through the study of two types of energies, two stages of the segmentation process are addressed. The first energy considered, the path variation, belongs to the class of energies determined by minimal paths. Its application as a pre-segmentation method is proposed. In the second part, where the energy is induced by a ultrametric, the construction of hierarchical representations of the image is discussed.